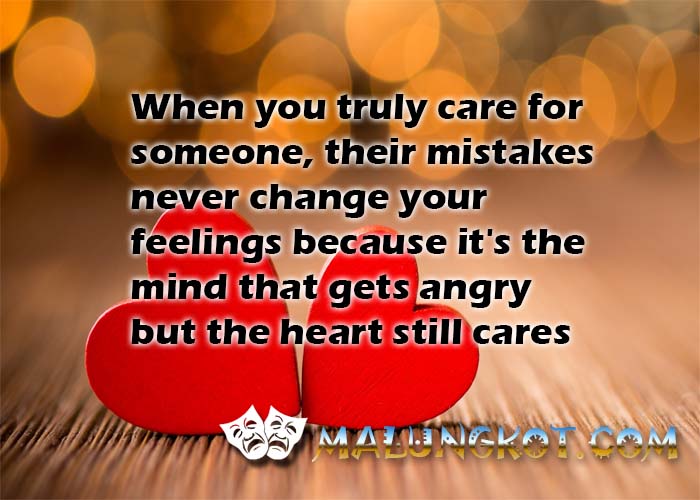 “When you truly care for someone, their mistakes never change your feelings because it’s the mind that gets angry but the heart still cares”

If you truly did care for them you would give them a second chance. A second chance to show the real them & change.. No they may not change sometimes but you will always have hope that they will, even though you feel like giving up sometimes.. look, you’re not perfect nor are they. So everyone deserves a second chance.

“People aren’t always what you want them to be. Sometimes they disappoint you or let you down, but you have to give them a chance first”

You can’t just meet someone and expect them to be everything you’re looking for and then be angry when they’re not every hope and aspiration you projected onto them. It’s foolish to believe that someone will be what you imagine them to be. And sometimes, when you give them a chance, they turn out to be better than you imagined. Different, but better. 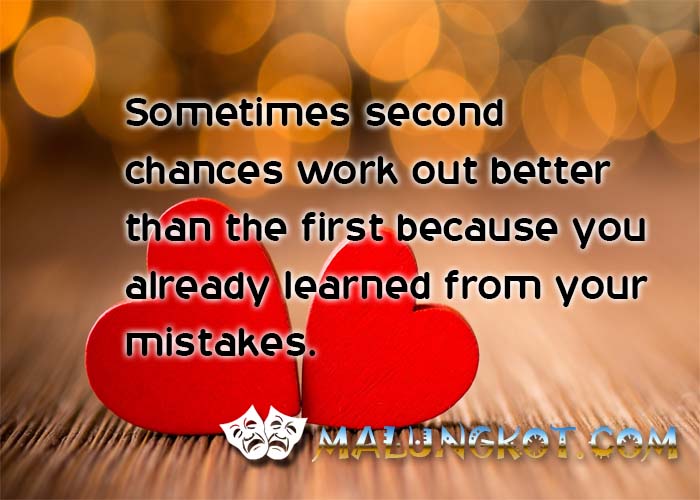 Love is indeed sweeter the second time around. Love is lovelier the second time but second chance is a demand for couples to take really good care of the relationship. After what you have been through, you kept still and now you are with each other’s arms again. Since second chance was given for both of you, it is but your obligation to take care of your relationship. To love means to nurture each other and love like forever.

When a relationship fails at first, why not give it a second chance? Second chances work out better than the first because you’ve have already learn your mistakes. If given another chance, relationship grows stronger and learns how to last a lifetime.

It’s never too late to start over. Starting over again is one of the toughest things a person can be asked to do. Accept what has happened and go on with your life because you really cannot change a thing. You can always move on. Believe in yourself and don’t let mistakes bring you down.

“If you’re lucky enough to get a second chance at something, don’t waste it”

If you’re lucky enough to get a second chance with a loved one please don’t waste it. If you get a second chance, grab it with both hands. You must give it all you’ve got and be grateful that life has presented you with this blessing. Life is too short and too fast to take second chances for granted.